“But as it is written: ‘Eye has not seen, nor ear heard, nor have entered into the heart of man the things which God has prepared for those who love Him.’  But God has revealed them to us through His Spirit.”  – 2 Corinthians 2:9-10

A year and a half ago, the Lord told me to pray.  At the time, there was no talk of a move or even a scouting trip to Ireland.  We had no connections here, no open doors to walk through or even pray about.  Only a word from the Lord to me that our family would become missionaries here.

It felt crazy to pray for a list of things that seemed like impossibilities – how would any of those things happen?  But the Lord was teaching me, among many things, to believe Him.

“Pray these things into fulfillment,” He said.  What a strange phrase, and a very unnatural thing to do.  But, there was nothing else I could do at the time.  So I prayed.

One by one, the Lord began to check things off that list.  Although He hadn’t yet told Branden outright that He was calling us to the mission field, He got him to the point of agreeing to step out in faith.  Soon we found out about Calvary Cork and their need for a children’s ministry overseer.  Branden agreed we needed to get passports, but we didn’t have money for them.  The Lord provided.

Next was the scouting trip.  As we prayed, we felt like the Lord would have all four of us go.  Again, we didn’t have the funds.  Branden had a very strong conviction that we should not send out a support letter.  He said that if God wanted us to go, He would provide.  I honestly felt like it was hopeless!  Four people on a trip to Ireland for two weeks?  I remember picturing the Lord holding something in His hand.

“I have this money to give you, if you’ll just pray!”

So I prayed, and He provided.

Visas were next.  A sweet friend of ours was praying with me before our scouting trip.  While petitioning the Lord, she asked that somehow, the money we’d budgeted for food and gas would not get used up completely.  When she finished, she commented on how she didn’t know where that prayer came from, and how it was kind of a strange thing to ask for.

“I’ll take it!” I remember saying.  And that’s exactly what happened!  We got back from our scouting trip not having spent all the money we had budgeted, and with enough to cover our visas for when we would return!

Now the house.  When the Lord gave me that list, He made it clear – the house already existed.  Halfway across the world, somewhere in Ireland, was a house we would move into.  As I closed my eyes, I could almost see it!  He told me to pray for each room individually and what it would be used for.  I got a sort of picture in my head of how many rooms it would have, even how it might be layed out.  And there were things I added to the list – a backyard that was big enough to be used for gathering, for blessing the church and community around us.  I prayed for at least a bathroom and a half (most houses in Ireland only have one bathroom).  I prayed for a place where Branden could have space to create and build.  After the Lord showed Branden we were supposed to come back to Ireland, he began to pray for it.  The Lord spoke to Him about what it would be used for, the rooms it would have, even how far from the church it might be.

As I prayed, I remembered the story of Hannah.  Circumstance had made her desperate for a child.  And desperation brought her to make a vow – that if the Lord would give her a son, she would give him back to the Lord.

The journey to Ireland has had many seasons.  There were times when it was lonely and felt impossible.  Then I would see the Lord’s faithfulness, bringing Branden and I to the same place of knowing this was our calling!  Still there was much to be done in preparation of going.  Some days were discouraging, confusing, and would cause us to press in to the Lord.  Other days we could clearly see Him going before us.  The pressing circumstances and this great desire to be a part of what the Lord is doing in Ireland, would cause me to pray – if the Lord would give us this house, we would give it back to Him.  It would be His house, and we would be its stewards.  It would be The Samuel House.

We landed in Ireland on Tuesday, October 11th (so many answered prayers!)  Our greatest priorities were to find the house and car.  After much discouragement and frustration, things we expected falling though, being brushed off by several listing agents, finding that the area is under what the locals call a “rental crisis,” we wondered what the Lord was doing?

Then, a week ago, a new house popped up onto the market.  I called immediately and the agent agreed to meet us at the property within the hour.  We walked in and it matched almost perfectly to the picture I had in my head!  The agent asked if we were interested and we said, “Yes!”  He called the landlord right then and there, got off the phone and congratulated us!  He said we were lucky, that most people wait much longer to get a home right now.  He had us follow him over to his office.  We signed the leasing agreement and he handed us the keys!

The house is amazing 🙂  Big enough for all the things the Lord told us He would use it for, minutes from the coast (we can see the ocean from our second floor windows!), and just a little over twenty minutes from the church (which is a huge deal for being part of the community here).  It has all the things we prayed for – the things God showed us and the things we just wanted!  God is faithful!  And we’re excited to give this house back to Him and the purposes He has for it!

Okay, I wanted to show it to you all, but for some reason, the blog wouldn’t upload the picture here.  I’ll attach it to the Facebook post and hopefully figure out what’s going on with the blog later, sorry.

And I know I’m sort of cheating on the Project 52 here by doing two weeks at once, so to give this post a little extra awesomeness, I’m going to attempt a video – a live home tour!  If you’d like to tune in on my Facebook page, I’ll be live and going through the house on Friday, 3pm here in Ireland (we’re 7 hours ahead of Colorado, so it’ll be 8am there).  I’ll try to post it afterwards too, if you can’t tune in!  Not exactly sure how the Facebook live thing works yet, but we’ll give it a go!  Hope you guys can all join us!

Also, I wanted to share, it’s no small thing – the Lord gave us a car!!  The first Sunday we were here, a sweet lady from the church met us and told us she had a car we could have if we wanted it.  It belonged to her daughter and son in law who are currently doing ministry in Florida.  She’d already asked them and they’d agreed to let us have it!  We were originally looking for an automatic (this car is a manual) because we’re still learning to drive on the opposite side of the road, and driving here can be really intimidating (think narrow, windy, hilly!)  But the Lord provided this car, and Branden is doing great with driving it! (I haven’t tried yet 🙂  God is so good to us, generous and faithful!  We praise Him and are blown away daily at His grace and love to us!  What a privilege to serve Him and the people He loves so much here in Ireland! 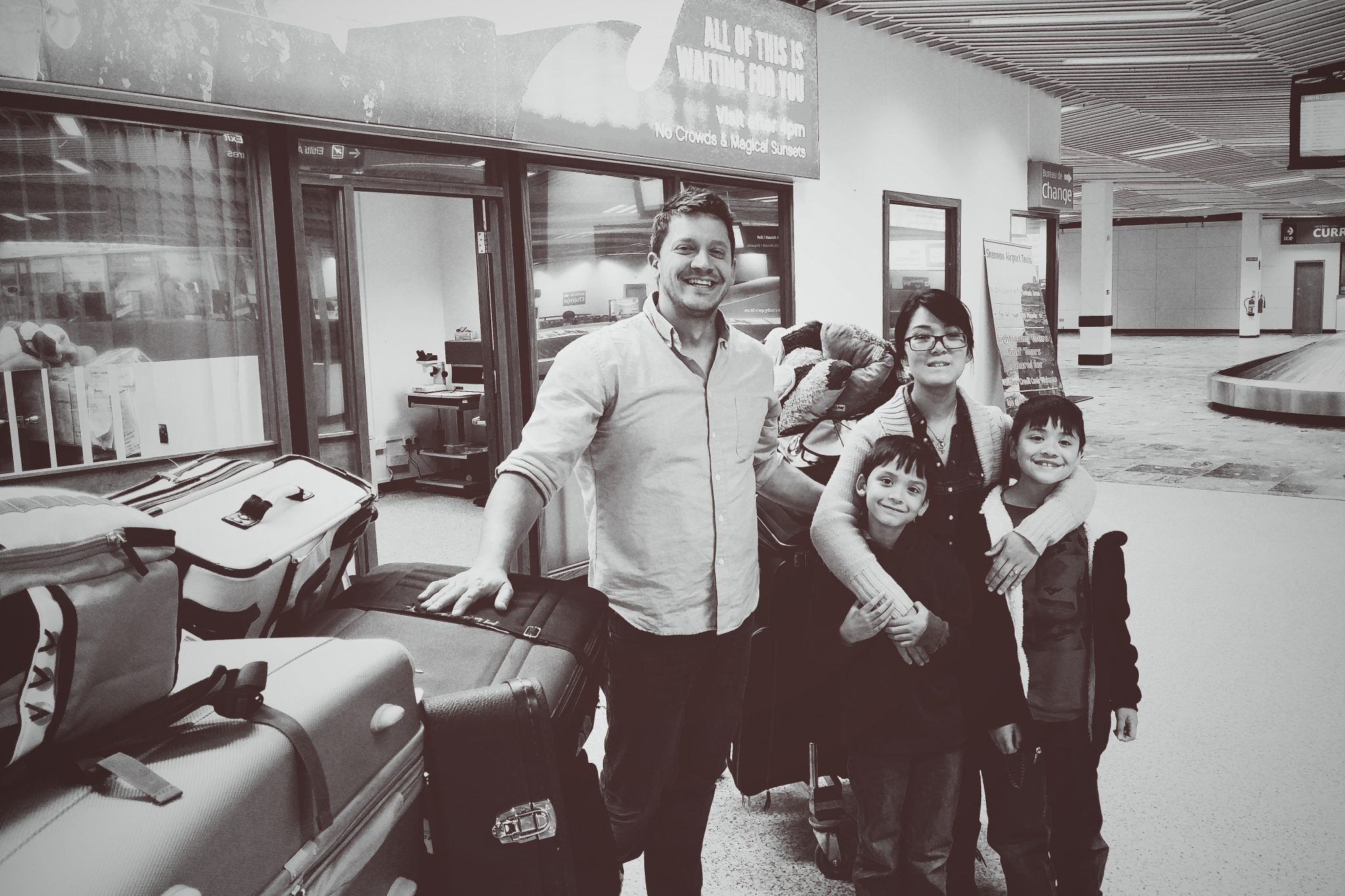