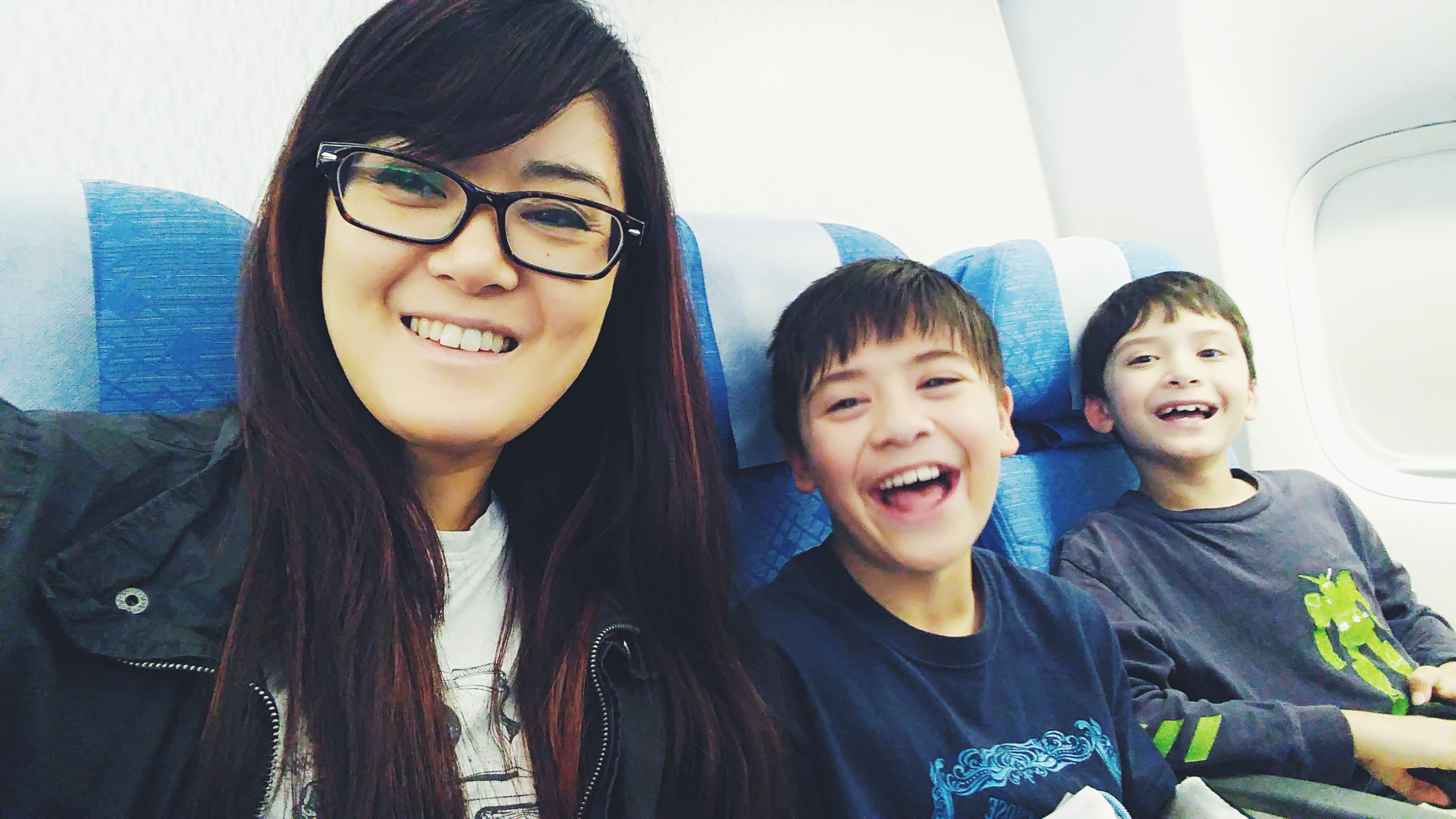 This is the fourth part in a blog post series.  If you haven’t read the first three parts yet, please do so at the links below before continuing.  Thanks so much for following the story!

“Ladies and gentlemen, just a small delay here.”  The captain explained that the engineers were looking at something, and that we’d be on our way soon.  We were about 15 minutes behind schedule already.

10 minutes went by.  Another announcement.  The situation seemed a bit more serious.  The captain apologized; it would be another 30 minutes.

Poor Ethan started crying again.  “Mom?  Are we not going to be able to go to the Philippines now?!”

“You know what I think?  I think that nothing can keep us from going to the Philippines!  Look at everything that happened today.  We shouldn’t even be on this plane!  We just need to relax and see what the Lord has in store.  We’re on an adventure with Jesus!”

I motioned to a stewardesses walking by.  “Hi, we’re connecting in London to Beijing, then to Manila.  I think we’ll probably miss our connection.  Do you know what will happen to us when we land?”  She couldn’t tell me for sure.  They could put us on the next flight or book us into a hotel.  Or we could end up sleeping at the airport, waiting for the next flight.

Still in shock that we were even sitting on that plane, I actually had complete peace.  If God wanted us in the Philippines, we’d get there!

Finally another announcement was made, and a few minutes later, we were taking off.

Just over an hour later, we landed in London.  As we were taxiing to the gate, the same stewardess come over.  “So, we’ve just received a call.  Unfortunately you have missed your connection.  But there’s a lady waiting to meet you when you get off the plane.  The airline has already booked you and your children into a hotel.  She’ll have shuttle vouchers and be able to give you instructions for the new flight that they’ve booked you on for tomorrow.”

The lady was waiting for us as we stepped off the plane.  She explained everything as she walked us to the door to catch the shuttle.  It was almost 11pm.  Our next flight would leave the following day at noon and take us through Hong Kong instead of Beijing.  The voucher for the hotel included dinner and breakfast.

“Get a good night’s rest tonight, and come back around ten in the morning.  If the restaurant at the hotel is still open, you could even have a bite to eat!”

I thanked her, and the boys and I walked out to wait for the shuttle.  I messaged Branden and let him know what was going on.  A fifteen minute shuttle ride later, we pulled up to the hotel and got checked in.  Our room had a double bed as well as a funny little Murphy bed they had to pull out of the wall for us.  We dropped our bags and went down to have a midnight snack.  The kitchen was closed, but the lady behind the counter said we could order pizza, Caesar salad or curry.  It was really late, but we hadn’t had a proper dinner, and I think we were all just buzzing a bit.  One pepperoni pizza and two salads please.

When the food came out, we were surprised to see Ethan’s pizza was ten inches wide!  And each of our salads could have fed 2-3 people easily!

I couldn’t argue with that!  We ate our dinner, went back to the room, took showers, and tucked in.  It was after 1am.  What a day!

The next morning, we went downstairs to a giant continental breakfast.  I don’t know why, but I LOVE hotel breakfast.  So does Ethan.  Like, it’s pretty much his favorite thing about staying at a hotel!  I think it’s all the options and the unlimited quantities!  This spread was no exception.  It really did feel like God was spoiling us!

After breakfast, we waited for the shuttle and made our way back to the airport.  A couple hours later, we were on a plane to Hong Kong.  The airline actually booked us in a higher class for seating than we had for our original flight.

“Mom what’s the difference between Economy and Economy Plus?”  Just then a stewardess walked by and handed me a menu for the in-flight meals.

“Well, in Economy, they just walk by with the cart and say, ‘Chicken or beef?’  In Economy Plus, you get a menu!”  The boys chuckled a little, but in my head, I thought, “Wow, even in the seating, God is blessing us!”

Hong Kong airport was beautiful.  Mountains on one side and the ocean on the other.  Flying in, we could see dozens of islands and ships all around.  Everyone seemed friendly and able to help you.  We walked into a few shops.  There were tons of options for everything.  The shelves were lined with colorful packages of all shapes and sizes, in so many different languages.  We walked by a massive sign that had a giant cartoon cat surrounded by several happy children, an advertisement for some kids product.  We were in Asian now!

We found our new gate, and I sent Branden an update.  Half an hour later, we were boarding our last flight.  Next stop – the Philippines! The flight was only about an hour and a half long.  Getting ready to land, I was thinking about my family, my Mom and what her reaction would be.  My Aunt still hadn’t told her we were coming.  The airport was a two hour drive from their house, and she had sent my Uncle to “run an errand.”  The last time I was in the Philippines, I came through that exact airport.  I was fifteen and obviously in a very different stage of life.  I remember a few things from that trip – the heat, the busy-ness of the city crowds and traffic, the people, some of the amazing places we went.  Landing there now, I was aware that my children would be taking things in.  This was their first time in a country of their heritage.  Of course they knew bits and pieces of the culture, but being there on the ground, surrounded by the language and the people, the food and the day to day life, I was just aware how important this trip really was.

We followed the crowd to the baggage claim area.  My phone didn’t seem to be able to log on to the airport wifi.  I needed to send Branden a message to tell him we’d made it.  I needed to send my Aunt the same message.  I didn’t have a phone number for my Uncle, and had no real way of communicating with him. I finally stopped and asked someone to help me sign on.

Almost everyone in Manila speaks both Tagalog (the main dialect) and English.  Actually, most everyone speaks a combination we call Taglish, which is probably 80% Tagalog, 20% English.  Asking this store salesman about hooking up to the wifi, I was suddenly aware that I hadn’t really spoken Tagalog to anyone for quite some time.  My parents would speak it to each other when I was growing up, and occasionally to us, but nothing really conversational.  I definitely understood more than I spoke.  I got through enough to ask my question and understand that I would need to purchase and load a SIM card if I wanted to even log on.  That wasn’t going to happen right then.   Just keep walking.

We got to the baggage carousel and joined the crowd standing around the metal conveyor belt.  Bags appeared from behind the heavy plastic flaps that covered the opening and slowly made their way around the loop.  2 – 3 minutes went by, bags being taken off, new bags being added.  There was an American man standing next to us.

“It always takes so long to get your bags in this airport,” he said.  He talked about a couple of the other Asian airports he’d flown into several times and how Manila always seemed exceptionally slow.

“Well, you just don’t want to be the last one standing around waiting, you know?” I said jokingly.  We both chuckled, almost nervously.

Another 2 -3 minutes went by.  The American man pulled a bag off and waited for another.  A group of Japanese business men in suits all helped each other pull suitcases off the belt, loudly pointing and hoisting them onto carts.  Another 5 minutes.  The boys were bored and tired.

“Where are our bags, Mom?”  I didn’t have an answer, but it wasn’t looking good.

Finally, we were the last ones standing there.  Two men came over and started pulling the left over bags off and standing them all together.  I went over and told them our bags weren’t there.  They directed me to a small counter nearby.

Two ladies in emerald green jackets and pencil skirts greeted me.  I explained (again in broken Tagalog) about our bags, and one of them asked for our luggage tags.  I found them and handed them to her; she asked me a couple questions about our flights and started typing information onto her computer.

“So the system is showing that the airline actually doesn’t know where you bags are right now.” 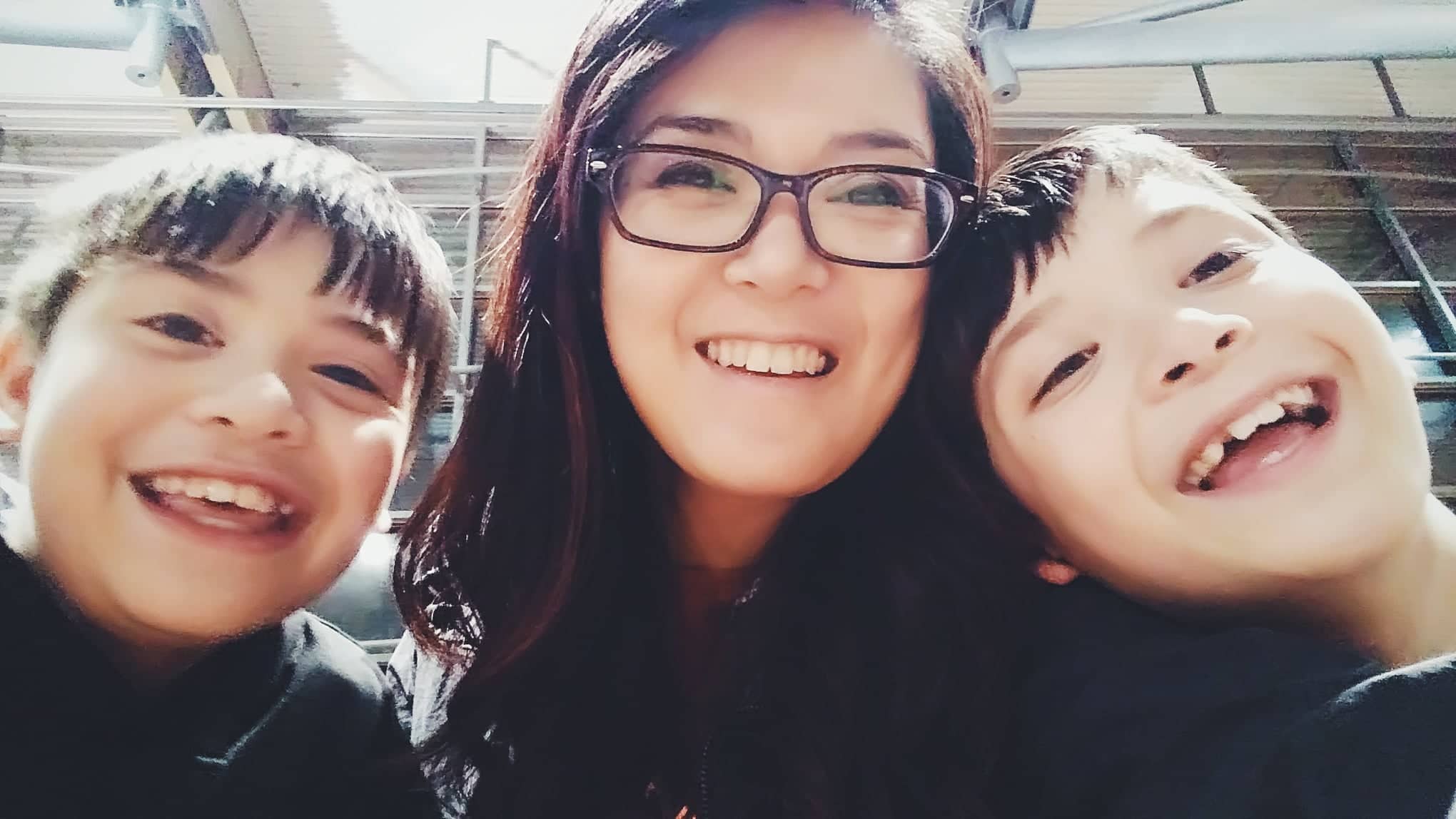 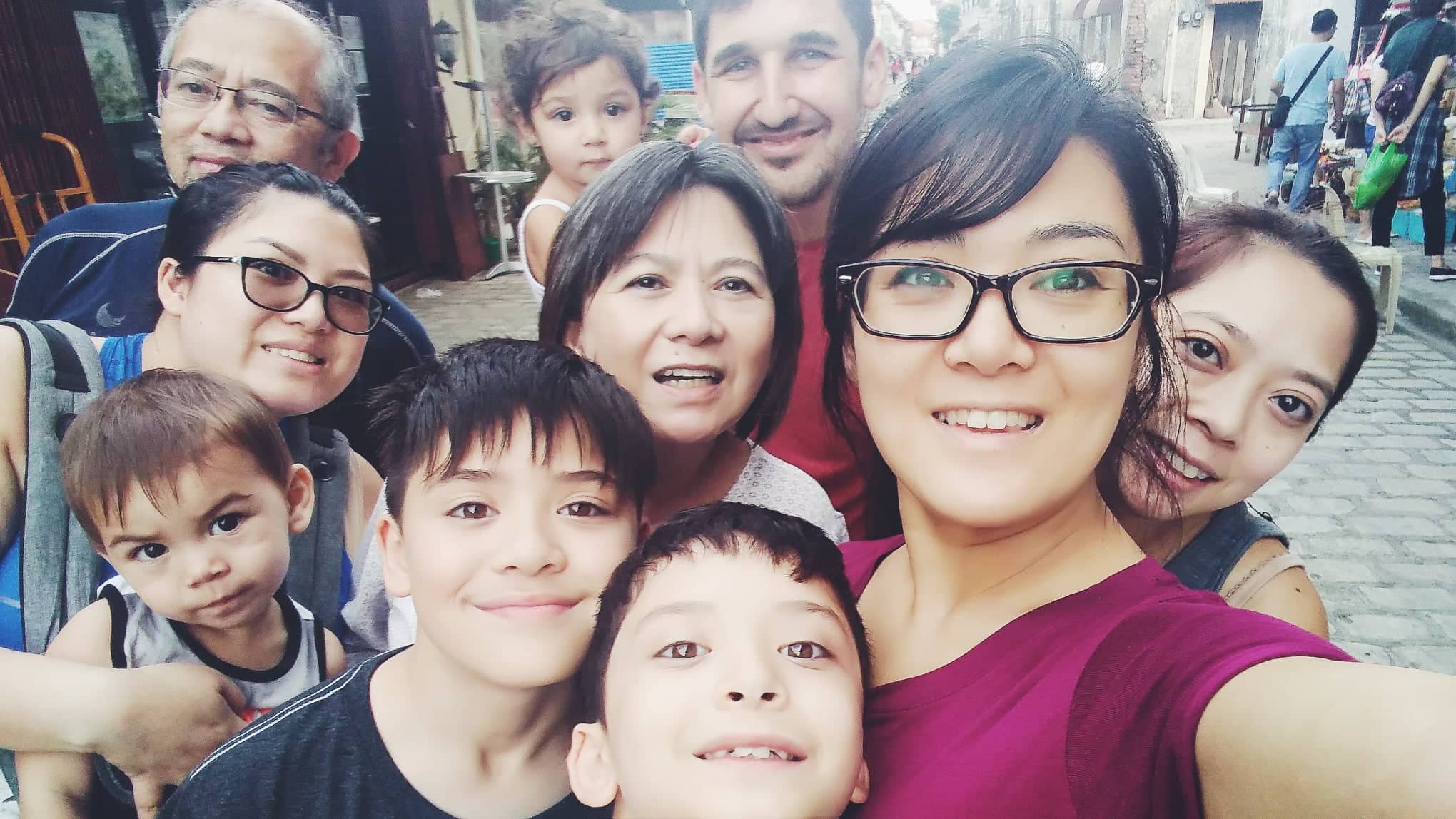