I used to feel like I was waiting to begin my life.  When I was younger, I dreamt of the day I would say “I do.”  Branden and I met when I was sixteen and married a couple years after.  He took a job in Dallas, so we drove down, moved into our first apartment, and I waited for the day we’d own a “real” home.  A couple years later, we bought a house, and I couldn’t wait to start a family.
In 2006, we were finally pregnant and we moved back to Denver in 2007.  That September,
we welcomed home the first addition to our family, a precious boy named Silas.  Less than a year later, we discovered we’d be blessed with another little one, another boy!
Ethan was born in April of 2009.
A few months later, in the chaos of parenting books and diapers and late night feedings,
I remember thinking that maybe this was it, this was my life.  Rattles and pureed veggies and squeeky board books and a husband whose only desire was to take care of his family, this was it!  When had my life begun?  I think maybe I’d missed it!
I was a little saddened thinking that, but I suddenly felt this urgency.  I didn’t have time
(or energy really!) to be sad.  I had to start living my life, today!
It’s been about a year and a half now, and I’ve tried to slow down, to live each day to the fullest.  Needless to say, 2010 was a very full year!  There have been a lot of changes in the last 365 days.  We’ve moved accross town, Branden took on and let go of a second job, Treu Image has taken us to places we’ve never been before, and amidst all of that, our family has grown.
It’s been almost ten years, and Branden and I are still learning about each other, frustrating some days, but fantastic other days!  Our two little boys have grown into their own personalities.  They’ve amazed and entertained and blessed us almost hourly!  This is our family today.  We’re the Treus.  Perhaps tomorrow we’ll be a little different, maybe better.  I guess that depends on today.  So I want to live each day to the full, starting with today. 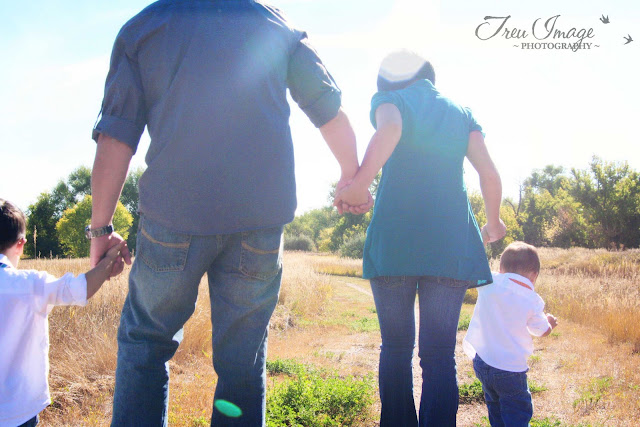 Our boys really are amazing.  They’re learning to live life too, playing and pretending and relating to the world around them.  It’s crazy sometimes to watch them, just being brothers.
One minute it’s one pinning the other to the carpet, the next it’s making sure there’s enough robots to go around. 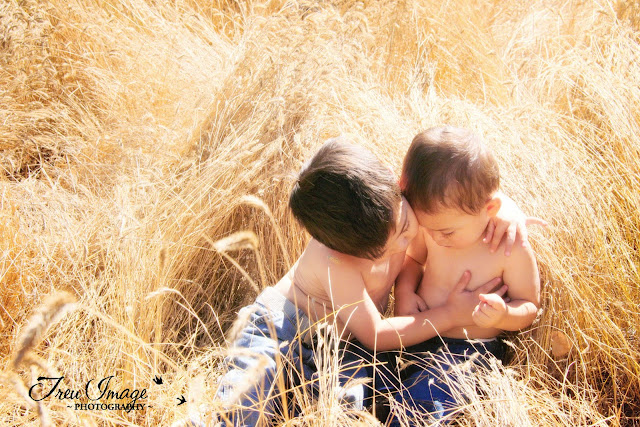 Silas is smart and funny and loves to play.  He wrestles and reasons and asks great questions.  He hates time out, although he’s there at least once a day.  He can be rough, but he can also be sweet and helpful and considerate. 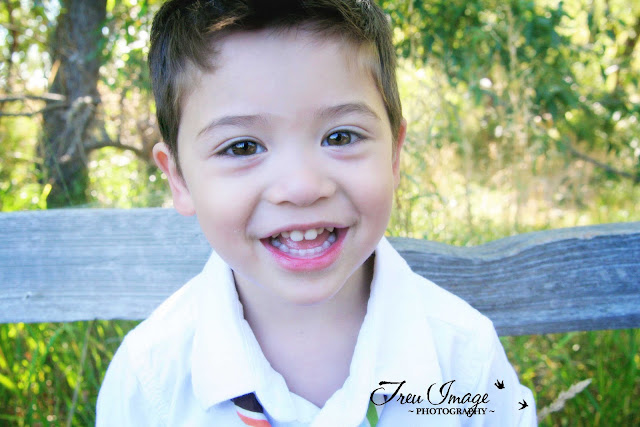 You wouldn’t guess it from this picture, but Ethan is probably the most stubborn little one year old I have ever met!  He can be sweet if he wants to (or if you’re holding a piece of chocolate cake!), but he’s definitely, well, let’s say, determined.  He’s starting to imitate everything, words, actions, attitudes…we have to be really careful :)﻿ 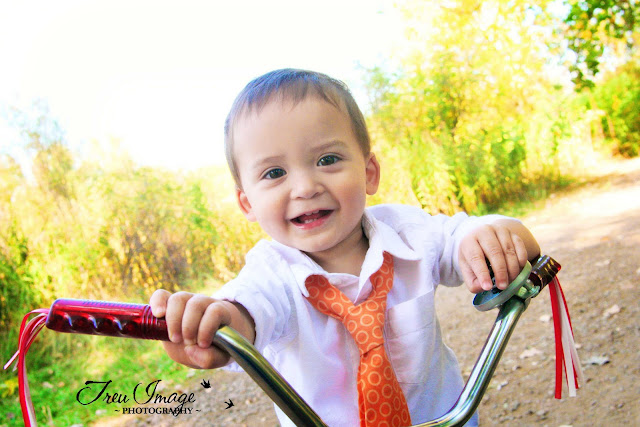 This last summer, I got this vintage tricycle at a garage sale for $10!
Just one small thing I’m thankful for in 2010 :)﻿ 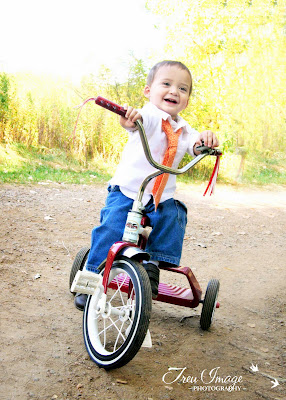 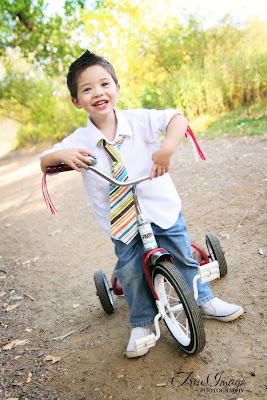 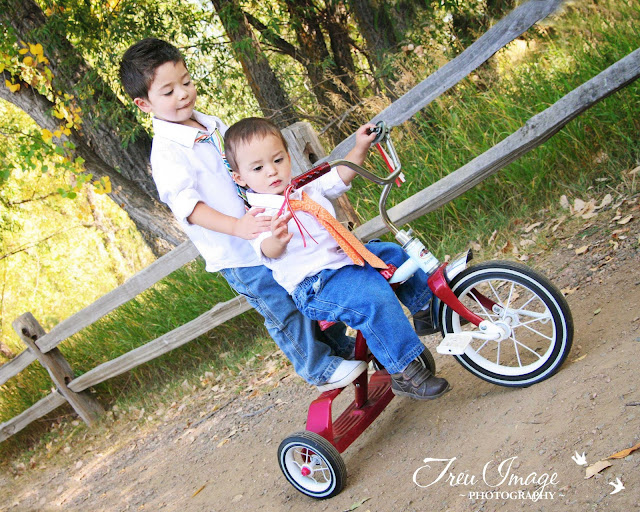 So I’m thankful for 2010, for days full of joy and learning and simple, everyday blessings.  And I pray the coming year goes by slowly, that we take every opportunity to soak it up, the sweetness of the everyday, for my family and yours.  Happy New Year! 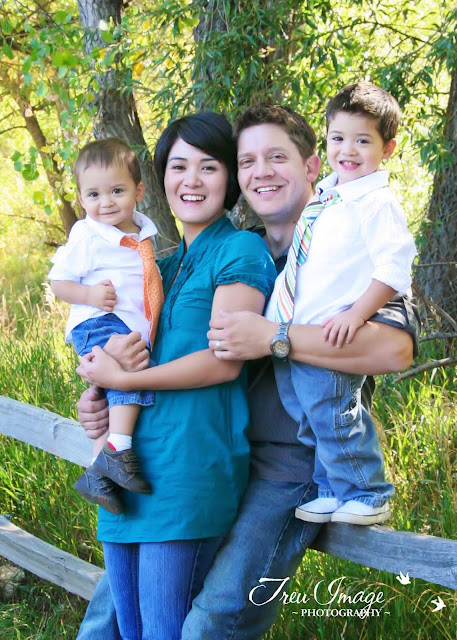 It's All About You!!